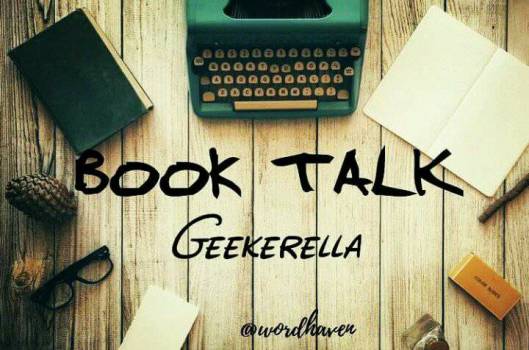 Geek girl Elle Wittimer lives and breathes Starfield, the classic science-fiction series she grew up watching with her late father. So when she sees a cosplay contest for a new Starfield movie, she has to enter. The prize? An invitation to the ExcelsiCon Cosplay Ball and a meet-and-greet with the actor slated to play Federation Prince Carmindor in the reboot. With savings from her gig at the Magic Pumpkin food truck and her dad’s old costume, Elle’s determined to win – unless her stepsisters get there first.

Teen actor Darien Freeman used to live for cons – before he was famous. Now they’re nothing but autographs and awkward meet-and-greets. Playing Carmindor is all he has ever wanted, but Starfield fandom has written him off as just another dumb heartthrob. As ExcelsiCon draws near, Darien feels more and more like a fake – until he meets a girl who shows him otherwise. But when she disappears at midnight, will he ever be able to find her again? (goodreads)

You need certain books like Geekerella and Fangirl once in a while to embrace your inner nerd and show it the hell off. Man, this book was so fun to read. This is as nerdy  and geeky as a Cinderella retelling could get. And more.

I was grinning the whole time I was reading Geekerella. It was cute, funny, adorable and a downright salute to nerd culture and the power of fandoms. How is that not totally relatable?

I’m not a huge fan of Cinderella- and all the retellings are kind of old news now, but they’re actually so much more fun too. There’s Cinder, a futuristic robotic Cinderella retelling, Another Cinderella Story– Selena Gomez’s musical movie version and now Geekerella. I don’t know, but I think this might just be my favorite.

Elle and Darien are so totally ship-worthy and the whole texting scheme kept me engaged and wanting for more. The characters are so well written! Sage, our punk rock equivalent of Fairy Godmother, is a goddamn Queen. All Hail Queen Sage. The step sisters are as annoying as in every single retelling I’ve read, but this time, Cal being a softer version of her idiot sister was so refreshing! And Cal and Sage? Cage? ON THAT SHIP, MATERINO.

Favorite Moments From The Book:

That One where the jerk Chloe marches in to interrupt Darien and Elle’s dance and yells at Elle so Darien stands up to her and everyone in the Ball Room- all the hundreds of different cosplayers- who aren’t even part of the Starfield fandom, do the Promise Sworn Salute at her, one by one, like some mutually connected fandom army. Also, what the hell was Chloe thinking by calling Elle an “orphaned geek” in a room full of nerds cosplaying as their favorite characters?

“We might all be different- we might ship different things or be in different fandoms- but if I learnt anything from twenty three days in a too blue uniform playing a character I thought I could never be, it’s that when we become those characters, pieces of ourselves light up like glow sticks in the night. They shine. We shine. Together.”

“You’d think by now I’d be good with stunts. You think I wouldn’t want to kiss my butt goodbye.

That One where Sage and Darien literally drive- crash- into the Country Club to get to Elle in the pumpkin van with the Starfield theme song booming at full volume in the background. So. Freaking. Badass.

And, while we’re at it, the whole scene where Darien and Elle kiss and everyone else is recording it and sharing it while Chloe is screaming in the background. Ah, classic.

“”Shared it,” Cal confirms, looking at her own phone.

Sage peers over her shoulder and nods. “Nice. Twitter, Tumblr- want to hashtag it?”

“I hear the observation deck is nice this time of the year.”

That One with all the variations of the above dialogue. I loved every one of them- the actual scene in Starfield where Princess Amara says this to Carmindor and then gets destroyed in the Black Nebula, the story of how Elle’s Mom said this to Elle’s Dad and that’s how they fell in love, Elle saying this to Darien when he shows up to win her over.

“She comes to a stop in the center and raises her hands in the form of a phaser, aiming it to the sky, and then lifts her eyes to me.”

That One where Elle finally dresses up in her Mom’s galaxy gown and her Dad’s Carmindor jacket- with all the bits and pieces of other Cosplayer’s accesories- and walks down the stage. That whole scene was kind of emotionally epic.

“Because in the end, we’re all just a bunch of weirdos standing in front of other weirdos, asking for their username.”

So, trust me when I say this, you wouldn’t want to miss this book. Like it says in the description- Part-romance, part-love letter to nerd culture, and all totally adorbs, Geekerella is a fairy tale for anyone who believes in the magic of fandom.

Have you read Geekerella or plan to? What were your thoughts on the book and some of your favorite scenes?

i'm nimika, i'm 18 and i'm obsessed w books. this is my tiny space where i let the inner nerd in me crawl out to yell about everything i'm passionate about. this is my haven of words, and i hope it can be yours too. View all posts by Nimika @ wordhaven

i'm nimika, i'm 18 and i'm obsessed w books. this is my tiny space where i let the inner nerd in me crawl out to yell about everything i'm passionate about. this is my haven of words, and i hope it can be yours too.

“It’s about finding the truth in fiction,” she said. “Which sounds contradictory. But the story will let you know if you’re close.”